My job at Twitch is coming up with programming ideas for various brands. Let’s say a plumbus brand wants to reach the Twitch audience. I sit in a room, think really hard about plumbuses, then say something like, “Let’s send a thousand plumbuses to the moon, strapped to flying armchairs, and the armchairs are playing CS:GO.”

The plumbus brand would probably say something like, “Can the armchairs be dining chairs and can they play Gang Beasts instead?” And I would say, “Probably.”

That’s my job. I think of a crazy (and sometimes less crazy) thing to do. If a brand likes it, it sells. Then, someone else entirely has the arduous task of making my crazy idea come to life. It is a good job.

Unfortunately, I don’t often get to be on set when my idea comes to life. I’m usually back in that room thinking of another thing to do with plumbuses. But, just last week, the stars aligned and I had the luxury of visiting the set for a program I was extremely excited about – a sort of Twitch plays haunted basement for Netflix’s Stranger Things.

It was fucking terrific. Huge props to iiJeriichoii and the boys at N3rdfusion for being awesome hosts and very good sports. Check out the VOD of the entire broadcast here. A few behind-the-scenes photos behind the cut. 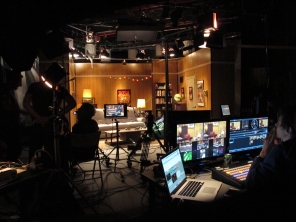 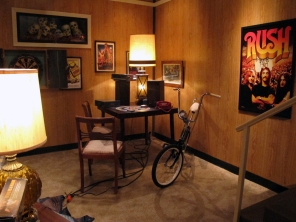 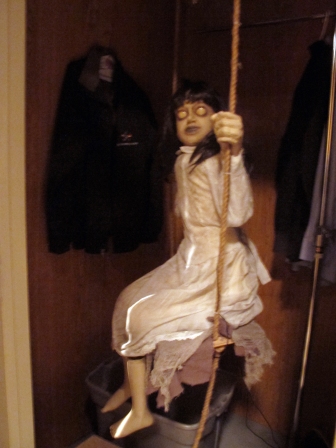 So, this is how the magic happens. 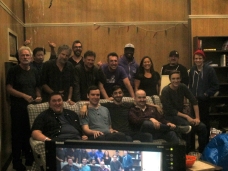 Cast and crew and bad lighting cuz the show is over.

Respond to Behind the Scenes: Stranger Things on Twitch