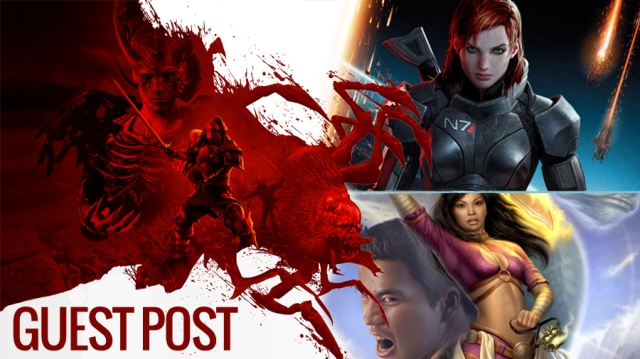 The Hobbit found me in second grade and it was love at first page. Tales of wizards, Dwarven gold, Elven swords, secret doors, and most of all DRAGONS, spoke to me on a level that Beverly Cleary and her gearhead mice never could. From that moment on, I was a fantasy and mythology nut. From Lloyd Alexander and Robin McKinley to Terry Brooks and Dragonlance. Pocket change would be offered up to Gauntlet. Ren Faires became a tradition. My earliest computer, an IBM XT Compatible beast, purchased from the 4H revenue of two suffolk lambs (and a generous parental subsidy), was basically a device for mainlining TSR Gold Box games and King’s Quests. #NoSwordsNoThanks.

By the time I entered high school, I was still seeking out sagas of fellowship and barbarian life, but the high fantasy tropes had lost some of their lustre, especially when it came to PC games. In fantasy fiction, I could still find characters that spoke to me and tantalizing worlds to dream of exploring, but fantasy games seemed content to send my same generic party down into the same generic dungeons. Enough was enough. That’s when she came in.